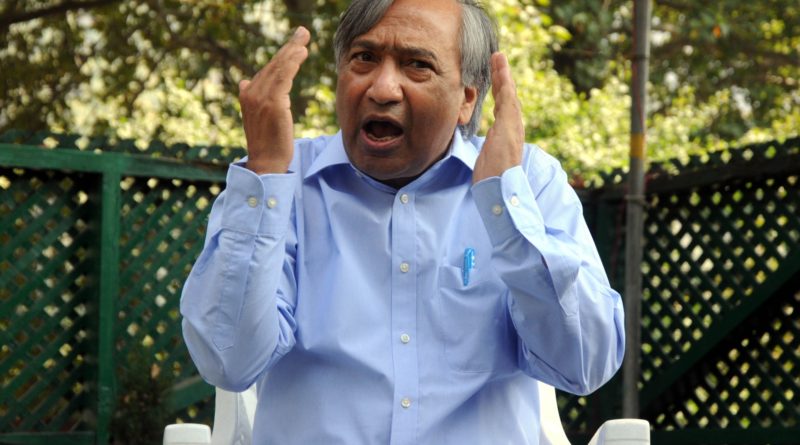 Srinagar: The Government of India’s decision to extend President’s Rule in Jammu and Kashmir for six more months has disappointed the people of the state as they have been deprived of democratically elected government for the last more than one year, said CPI (M) leader MY Tarigami in a statement.

“In the absence of an elected government, uncertainty in the State is deepening day-by-day and dissatisfaction among large section of people is increasing. Only effective response to this situation would have been to hold early Assembly polls as here is no justification to delay it, neither political nor constitutional,” he said.

“Not holding Assembly elections on time and not have an elected government in Jammu and Kashmir is not in the interests of the country. Last year in December then Union Home Minister Rajnath Singh in the Parliament had said that Center was ready to hold assembly polls in the state. What happened to those promises,” Tarigami asked.

He further added that if Urban Local Bodies, Panchayat and Lok Sabha elections were held, what is the logic for deferring Assembly polls which are due since last November when the Assembly was dissolved by the Governor?

“An elected government’s rule is any day better than Governor’s rule and bureaucratic rule,” he said.

“The overall situation is very bad in Kashmir. All of Jammu and Kashmir is not in a good position right now. The first responsibility for this is with the BJP because they hold power in Delhi and are directly ruling the state for last more than a year. They should without any further delay recommend to the Election Commission for announcing Assembly polls,” the statement further pointed out.

Tarigami also mentioned that the bill moved to amend the Jammu and Kashmir Reservation Act, 2004 in the Parliament to bring persons residing in the areas adjoining International Border within the ambit of reservation, at par with residents near the Line of Control, should have been left to the state Assembly.