Tensions between India and China escalated after Chinese troops moved into sensitive areas along the Eastern Ladakh border. Times Now aired a broadcast on the skirmish on May 26.

“The biggest concern for the Indian army has been the Chinese troops around several key points including the post of KM120 along with the Galwan valley. Times Now accesses the visuals,” read the description of the broadcast on YouTube.

The complete broadcast is below. At 49 seconds, the anchor says, “And in fact, these are the visuals we are getting for you.”

During the close to 15-minute show, the channel played three “visuals” of the stand-off on a loop. As it turned out, each of these videos was old and unrelated to the recent border tensions.

Below is a screengrab of a video that was played multiple times during the show while the ticker on television screens read – “China’s belligerence caught on camera.”

The video which made the first appearance at 6 seconds into the report was claimed to have been shot at Pangong lake, Ladakh. However, at a later part, Times Now flashed the word “file” which suggested that the clip does not represent recent events. 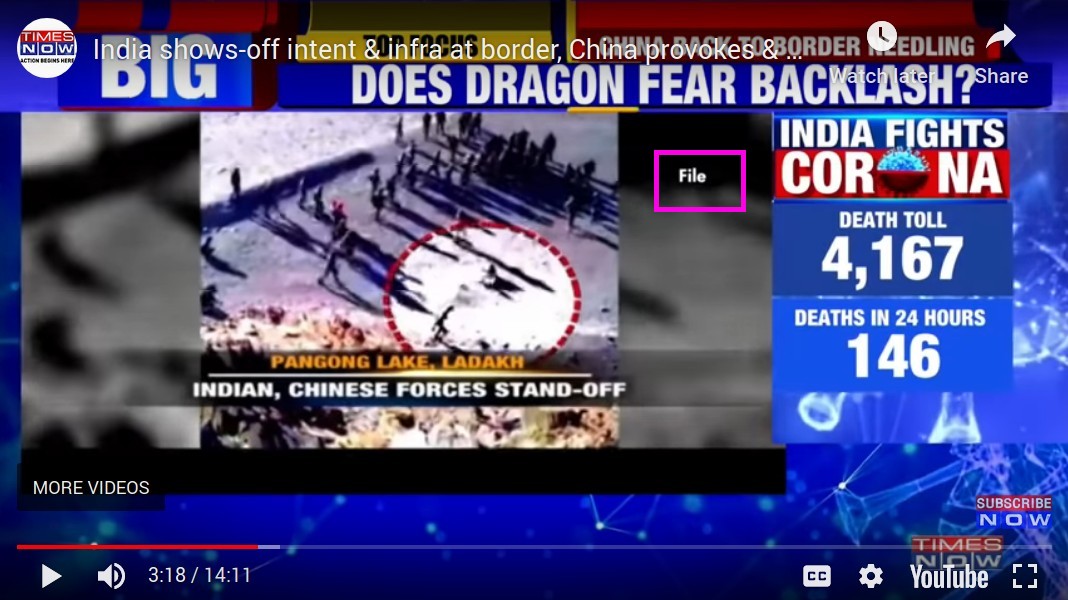 A reverse-search of the screengrab after cropping out the texts led us to the same video posted by India Today journalist Shiv Aroor on August 19, 2017.

His description also said that the video was shot in Pangong Tso, Ladakh. However, Times Now did not mention that the clip is not recent.

BREAKING: Video of violent confrontation between Indian & Chinese troops at Pangong Tso, Ladakh on Aug 15. No official comment on it yet. pic.twitter.com/b1amMZfJ6t

The video below was aired for the first time at 54 seconds into the broadcast with “Times Now Exclusive” written in bold. However, ironically, the video also carried a ticker which said that that the channel does not vouch for its authenticity. 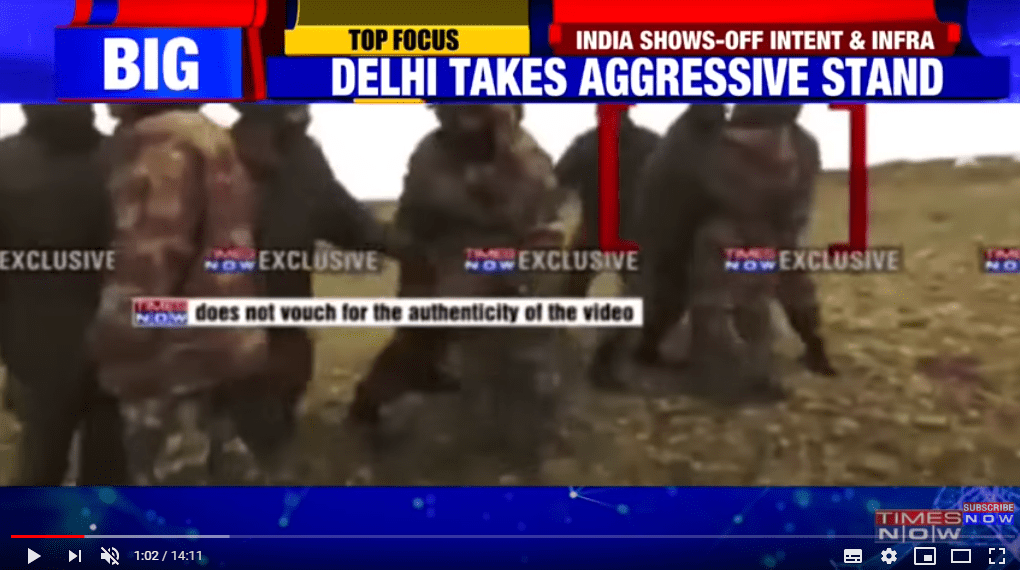 The same clip was used by Times Now, with the exact tickers, on July 31, 2017 when Chinese soldiers had transgressed into Uttarakhand’s Barahoti.

We found an older link to the video — June 26, 2017 — on YouTube channel Polimer News which also reported on border skirmish between Indian and Chinese soldiers.

The third video aired by Times Now made the first appearance at 1:05 minutes.

The word “file” is written on the top right corner. This video was debunked by Alt News almost a week before it was picked up by the channel. The clip was viral on social media as the recent stand-off between India and China. 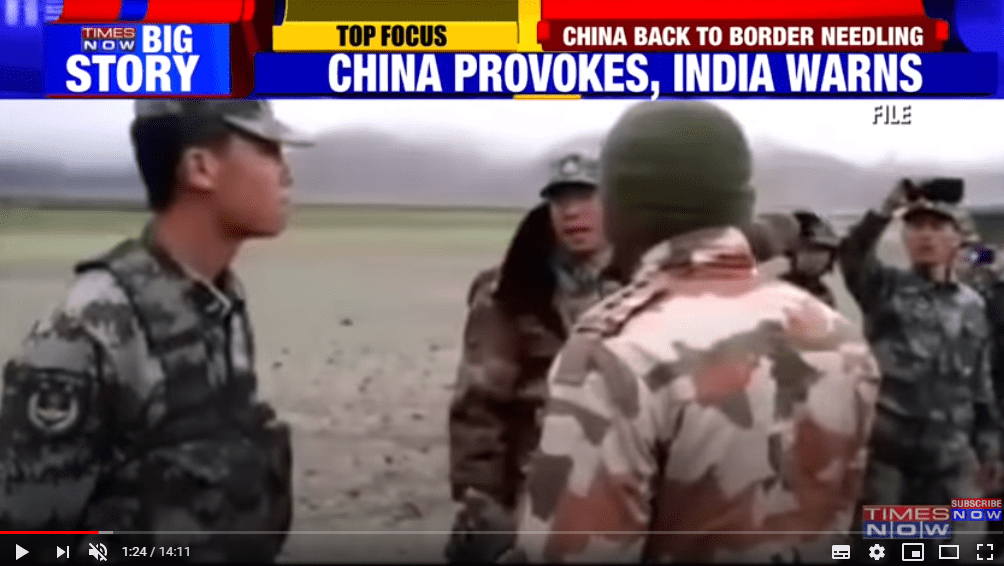 We had traced back a link from January 2020 which said, “Chinese army arguing with Indo Tibetan Border Police (I.T.B.P.) in Border of Arunachal Pradesh.”

Therefore, all the three videos played by Times Now during a broadcast on India-China tensions were old.

While the anchor said that the channel “brings these visuals” for viewers and the YouTube description read the same, disclaimers during the show suggested that all the three videos were file footage.