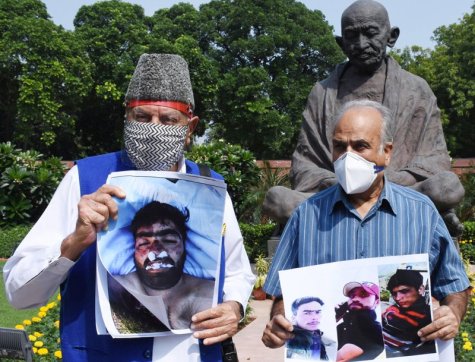 New Delhi: Amid the ongoing monsoon session at the Parliament of India, the National Conference (NC) President Farooq Abdullah, Member of Parliament (MP) from Srinagar along with Hasnain Masoodi, who represents Anantnag in the Parliament, have staged a protest demonstration outside Parliament against “fake encounters and custodial killings in Kashmir”.

On Monday, Farooq Abdullah attended the parliament session for the first time after the abrogation of Article 370 by BJP- led GoI on August 5, 2019.

Abdullah, who represents Srinagar, was detained last year under the Public Safety Act and was released in March this year.