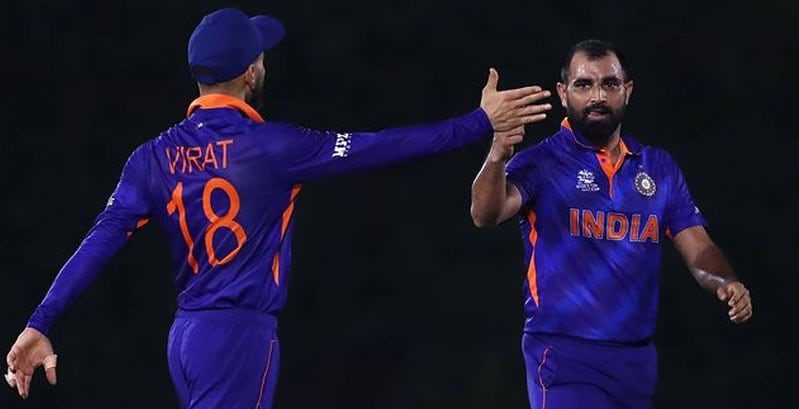 India captain Virat Kohli has hit back at trolls who targetted pacer Mohammed Shami on social media after the team’s 10-wicket loss to Pakistan in the 2021 T20 World Cup in Dubai on Sunday.

Backing teammate Shami, Kohli condemned the communal abuse that was directed at the 31-year-old bowler on his social media accounts after India’s defeat.

“Attacking someone over their religion is the most pathetic thing one can do as a human. That is a very sacred and personal thing. People take out their frustration because they have no understanding of what we do,” Kohli told reporters in Saturday’s pre-match press conference on the eve of the Super 12 encounter against New Zealand.

“We’re playing on the field, we’re not a bunch of spineless people on social media. This has become a source of entertainment for some people which is very sad. All this drama created on the outside is based on people’s frustrations,” Kohli added.

“We stand by by him 200 per cent. Our brotherhood in the team cannot be shaken.”