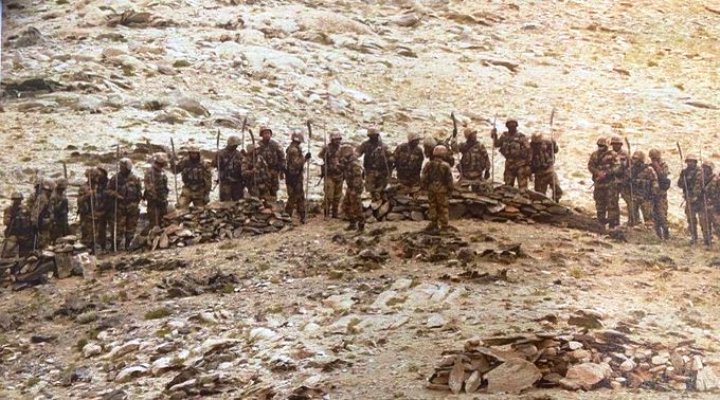 New Delhi: In the June 2020 Galwan fight, China lost 42 soldiers during the clash, The Klaxon, an Australian news organisation, reported. The report is based on research.

At least 38 armed forces personnel were killed while attempting to cross the fast-flowing Galwan River in the early stages of the June 15-16 clash, says the report prepared after a year-long investigation.

As per the report, the forces personnel were crossing the river in sub-zero temperatures and in darkness. Of the four, China confirmed had died, only one – Junior Sergeant Wang Zhuoran- reportedly drowned, the investigative newspaper said, citing the report titled “Galwan Decoded”.

The report cited “several Weibo users” and said, “at least 38 PLA (People’s Liberation Army) troops along with Wang were washed away and drowned that night…of which only Wang was declared among the four officially dead soldiers”.

“Comrades in arms kept slipping and being rushed downstream,” the report said, adding, “After the incident, the bodies of the soldiers were first taken to Shiquanhe Martyr Cemetery, followed by local ceremonies at the local towns of the killed soldiers.”

It quoted a Weibo user (Qiang) as claiming to have served in the area. The user claimed that the Chinese army was creating infrastructure in the buffer zone, violating the mutual agreement and had been trying to expand its patrolling limits within the buffer zone since April 2020.

“PLA did not adhere to its promise…and instead of dismantling its own infrastructure as agreed upon, secretly dismantled the river crossing bridge constructed by the Indian army,” said the report.

The Klaxon cites the report as saying that a division of the Xinjiang Miltary Region “organized officers and soldiers to go to the Shiquane Martyr Cemetary to lay flowers to the revolutionary martyrs, organize party members to take an oath and sweep the tombs for heroes”.

The investigation involved “discussions with mainland Chinese bloggers, information obtained from mainland-based Chinese citizens and media reports that have since been deleted by Chinese authorities.”

On June 15, 2020, Ladakh’s Galwan Valley witnessed a violent clash between the Armies of India and China. The clash, in which 20 Indian armed forces personnel were killed, was one of the worst in 45 years, and led to a military standoff with China and multiple rounds of military talks for the disengagement process. China had earlier acknowledged the killing of only four PLA troops during the clash.