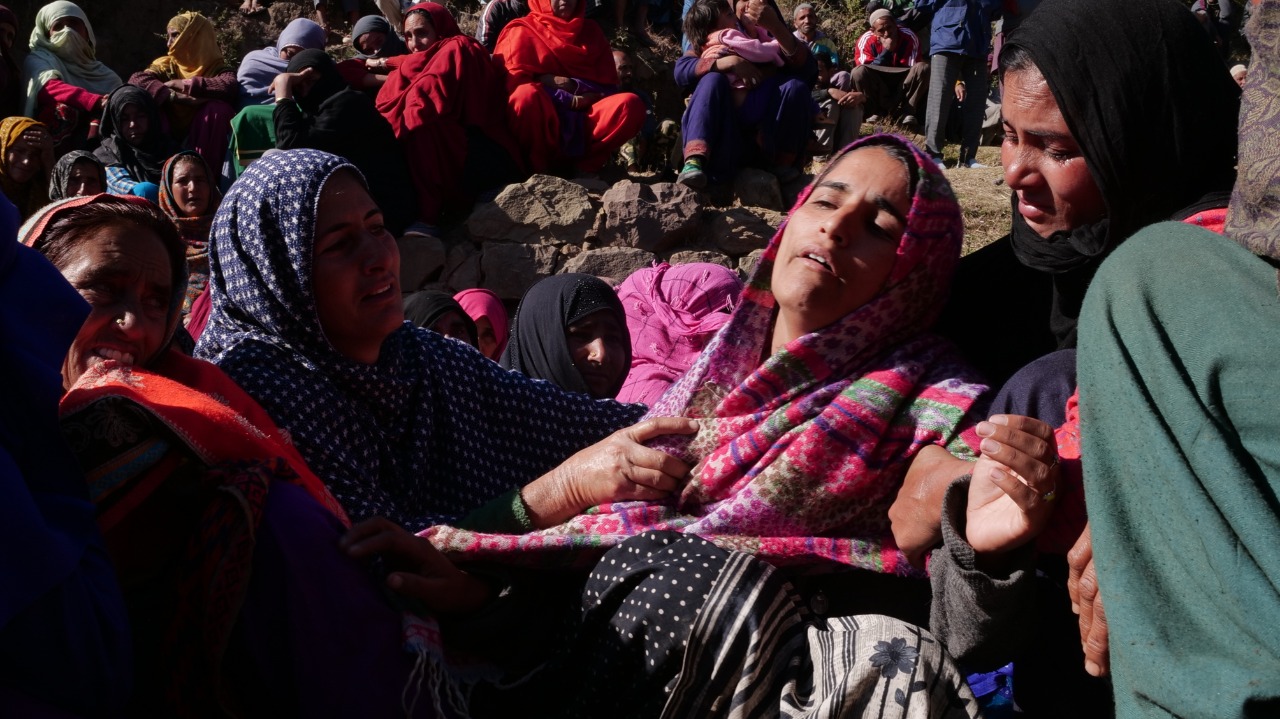 Srinagar: As the Jammu and Kashmir High Court, last week, directed authorities to make arrangements for the exhumation of the body of Amir Latief Magrey, a Ramban resident who was one of the 4 persons killed in the Hyderpora military operation, last year, advocate Deepika Singh Rajawat has termed the decision a “poor man’s victory”.

The advocate believes that the decision will rekindle the hope of the common people in the judiciary.

The father of late Amir Magray, represented by advocate Deepika Singh Rajawat earlier this year, filed a petition in JK HC after all efforts to persuade the authorities to return the body of his son failed.

The bodies of Mohammad Altaf Bhat and Dr Mudasir Gul, who were killed in the same military operation were returned following continuous protests by their relatives, but the administration did not accede to the requests of the Ramban family.

UT administration contended before the court that the decision not to hand over the body of the deceased Aamir Magray was taken in the larger public interest and to prevent the law and order problem.

Justifying their decision, before the court, the administration drew a distinction between the persons whose bodies were exhumed and the son of the petitioner.

Authorities on the basis of the investigation conducted by the SIT, declared the son of the petitioner “confirmed militant” and the other two Altaf Ahmad Bhat and Dr. Mudasir Gul “associates of the militant.”

Justice Sanjeev Kumar terming it without “logic and sense” said: “it transpires that due to public pressure and demand by the relatives of the two deceased… the respondents relented and permitted their dead bodies to be exhumed and handed over to their relatives. Since the petitioner was a resident of Gool, a remote village in Jammu Province and did not [have] much say in the Valley and, therefore, his request was arbitrarily turned down.”

The court in its judgment called the action of the state, “not traceable to any procedure established by law which is just, fair and equitable.”

“The decision of the respondents not to allow the petitioner to take away the dead body of his son to his native village for last rites was per-se arbitrary and falls foul of Article 14 of the Constitution of India.” the judgment reads.

The deceased along with 3 others killed in the military operation was buried in Handwara forests as per the policy introduced in 2020 that bars handing over the bodies of militants to their families.

Justice Sanjeev Kumar delivered the judgment last week relying on the Supreme court judgment in Ashray Adhikar Abhiyan vs Government of India, 2002, wherein the Apex Court has held that it is the obligation of the State to give a decent burial to a deceased person as per their religious beliefs.

In this judgment, the Madras HC bench, relying on Apex court orders had confirmed that Article 21 guarantees every human being ‘a right to live with dignity’ extends to the dead persons also.

The court in its order further observed: “The right of the next of kin of the deceased to have their dear one cremated or buried as per the religious obligations and religious belief that the dead person professed during his lifetime, is part and parcel of the right to life guaranteed under Article 21 of the Constitution of India.”

The court held parents and close relations of the deceased are within their right to demand the dead body of their dear one to be cremated or buried as per their traditions, religious obligations, and religious belief.

Court also passed directions for an appropriate arrangement for transportation of the dead body to his village for according burial in his native graveyard in accordance with the traditions, religious obligations, and religious faith which the deceased professed during his lifetime provided it is in a deliverable state.

In case the body is highly putrefied and is not in a deliverable state, the court directed authorities to allow the petitioner and his close relatives to perform last rites as per their tradition and religious belief in the Wadder Payeen graveyard.

“In that situation, the State shall pay to the petitioner a compensation of Rs 5 lakhs for deprivation of his right to have the dead body of his son and give him decent burial as per family traditions, religious obligations, and faith,” the court said.

When asked about challenges, she said: I was emotionally involved with the case and my determination and commitment stood taller than the challenges I faced.

Deepika had filed a preponement application in February which was rejected by High Court. At that time, Deepika said, I was surrounded by pessimism and doubted if at all I would be able to succeed. But the Hon’ble High Court went to the roots of the case and came to the rescue of the poor family.