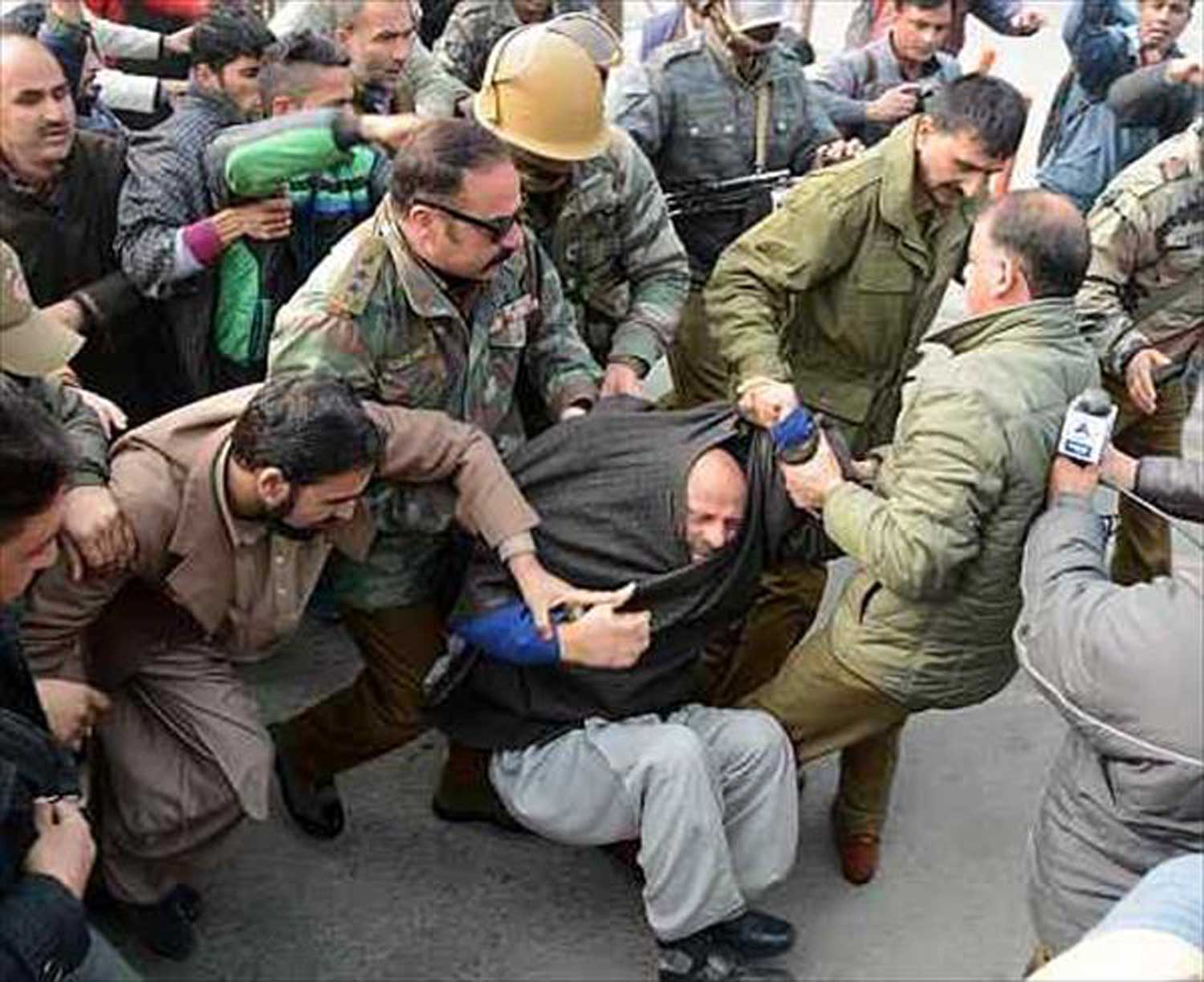 Srinagar: Independent lawmaker Engineer Rasheed on Saturday said that Jammu and Kashmir Police should ‘learn a lesson from the Gund incident’ where ‘uncontrolled goons of the Army attacked’ a police station resulting in injuring many cops.

In a statement Rasheed said, “The incident is yet another proof to conclude that India treats every Kashmiri as its enemy, irrespective of his loyalty. local cops of J&K police need to understand that whatsoever atrocities they may commit on their own people, gives New Delhi only seasonal and occasional pleasure.”

Rasheed added, “The world should know if Indian Army could stoop so low and attack the soldiers for the only fault that they are Kashmiris, what should be the fate of common masses.”

The Awami Iteehad Party chief said that why aren’t the police issuing ‘revenge’ threats like they did after the attack in Kokernag on police party.

“Those police officers who used to threaten publically of taking revenge, after attack by militants in Kokernag and elsewhere on police parties should ask their conscience why they don’t issue similar threats to their fellow goons in uniform.”

Rasheed asked the local cops to feel the pulse of people who didn’t even condemned the attack on the local police cops for the reason they hate J&K Police more than the army.

“It should be a serious concern for the police force to notice that despite being sons of the soil, why are they facing heat not from only their own people but also from the army,” he said in the statement.

He added, “Had the police force taken some care of protecting its credibility by not humiliating Kashmiris every time, people would have taken to streets in their support and against Army. But the fact of the matter is that a section of J&K police has been compromising everything including their self respect and this time again they will prefer to keep mum rather speaking their heart out.”

However Rasheed ‘warned’ New Delhi and Indian Army of ‘dire consequences’ if they don’t change their behaviour and attitude towards local cops.

“There is a sufficient number within J&K Police who can go for a revolt against Indian state anytime in near future, as they have been watching with pain and silence the atrocities on their own people.”