United Colors of Benetton, an Italian clothing giant faced backlash on Tuesday by French charity SOS Mediterranee for featuring  a photograph of migrants being rescued at sea in its advertising campaign, reported France Press Agency.

“SOS Mediterranee fully dissociates itself from this campaign which displays a picture taken while our teams were rescuing people in distress at sea on June 9,” it tweeted.

The picture was published online and on newspapers, showing migrants wearing red life vests with the UCB logo in the far right corner. 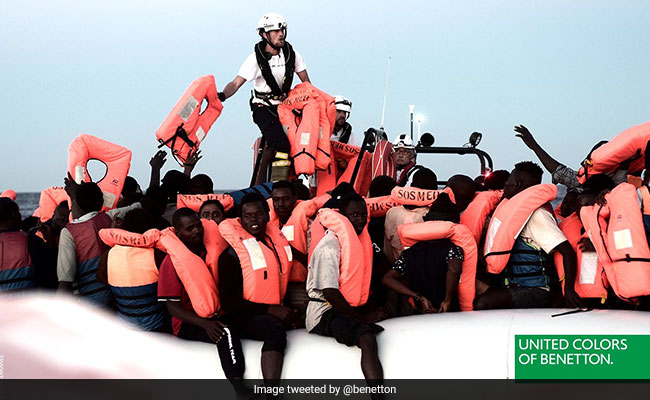 It said that the dignity of survivors must be respected at all times, and that the human tragedy that occurred in the Mediterranean should never be used for ‘commercial purposes’.

The photo depicts the event when 630 migrants being rescued by the NGO in a ship called Aquarius last week. The ship was caught in a major row when Italy refused to let the migrants land, who were eventually taken to Spain.

Benetton has been caught up in a number of controversies ranging from colored condoms, a priest and a nun kissing, to a newborn baby being attached to the umbilical cord.