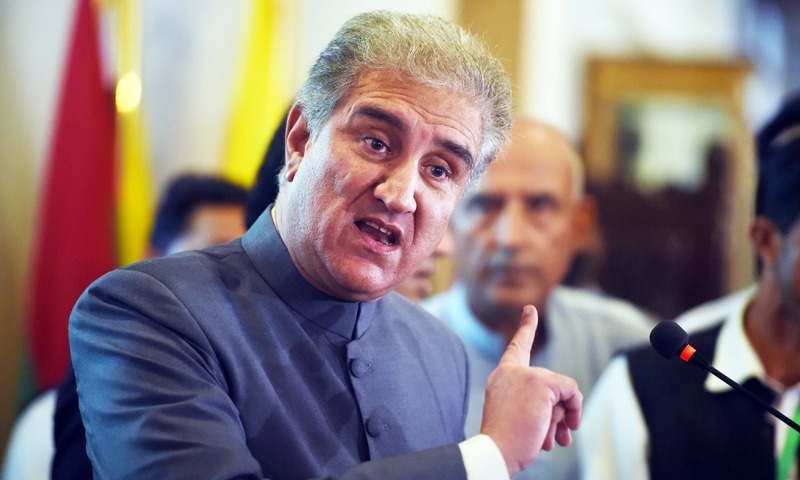 Pakistan Foreign Minister Shah Mehmood Qureshi said he had written a letter to the United Nations secretary general, asking him to play his role for the “de-escalation” of current tensions between his country and India after 49 CRPF personnel were killed in an attack on their convoy in Lethpora area along the Srinagar-Jammu highway in south Kashmir’s Pulwama district on February 14.

Shortly after the attack, Pakistan’s Foreign Office had condemned the attack, saying that it was “a matter of grave concern”.

While speaking on a talk show at ARY News, he had in his letter expressed concerns over the “negative tactics” used by Prime Minister of India Narendra Modi’s government ahead of the elections in May.

He said he had cautioned the secretary-general about India’s efforts to flare up tensions in the region and their possible consequences.

“It is with a sense of urgency that I draw your attention to the deteriorating security situation in our region resulting from the threat of use of force against Pakistan by India,” Qureshi wrote in the letter, as per a PTI report.

India has rejected any third party intervention in the Kashmir issue and has maintained that all outstanding matters in Indo-Pak ties should be resolved bilaterally.

Qureshi, in his letter, said the Pulwama attack on Indian CRPF soldiers was ostensibly and even by Indian accounts carried out by a Kashmiri resident.

He said attributing the attack to Pakistan even before investigations was absurd.

He said that for domestic political reasons, India deliberately ratcheted up its hostile rhetoric against Pakistan and created a tense environment, the report said.

Qureshi wrote that India has also hinted that it may abandon the Indus Waters Treaty, asserting that it would be a grievous error.

“It is imperative to take steps for de-escalation. The United Nations must step in to defuse tensions,” Qureshi said.

He said India must be asked to conduct an open and credible investigation in the attack.

“You may also consider asking India to refrain from further escalating the situation and enter into dialogue with Pakistan and the Kashmiris to calm the situation down,” he wrote.

The foreign minister requested that the letter should be circulated to members of the Security Council and General Assembly, the report said.