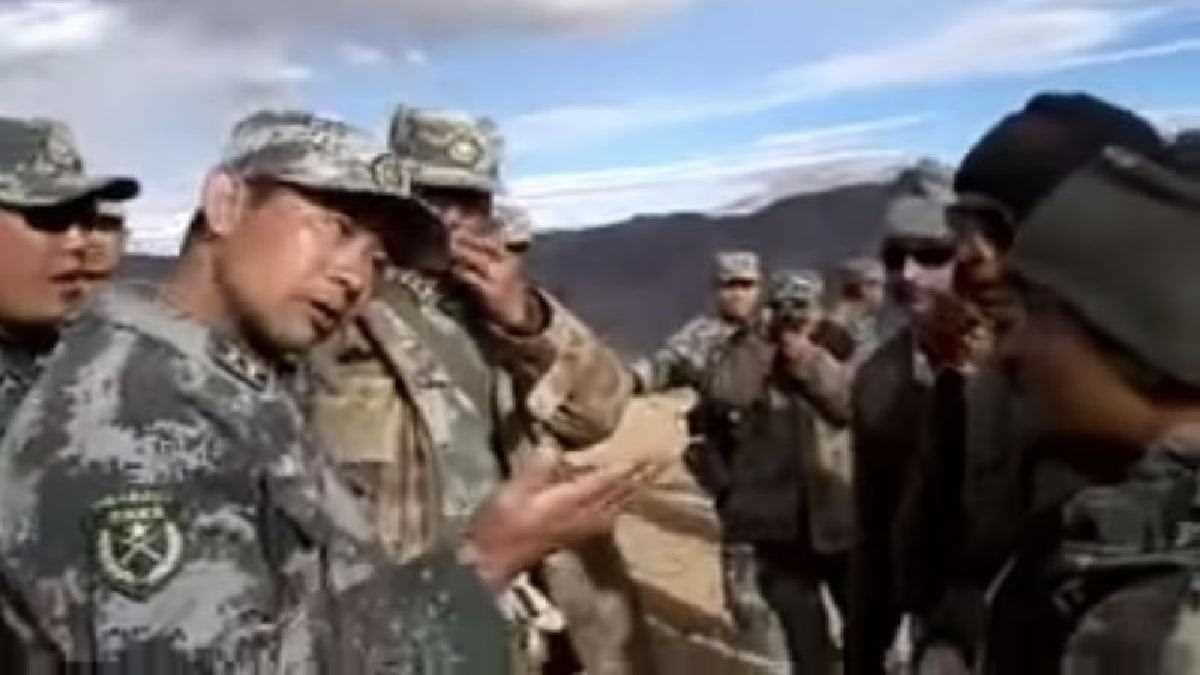 New Delhi: Amid the escalating tensions at Line of Actual Control (LAC) in Ladakh, senior army commanders of India and China on Monday held talks on “implementing a five-point agreement reached between the two countries on disengagement of troops and de-escalation of the tense situation” in the region.

Quoting government sources, a report published by a Delhi based news organisation Times of India, said that the sixth round of Corps commander-level talks began at around 9:00 am, in Moldo on the Chinese side of the Line of Actual Control across India’s Chushul sector in eastern Ladakh.

The Indian delegation is headed by Lieutenant General Harinder Singh, the commander of the Leh-based 14 Corps of the Indian Army.

The team also included a joint secretary-level officer from the Ministry of External Affairs (MEA) of India and Lieutenant General PGK Menon, who is expected to succeed Singh as the commander of the 14 Corps next month, sources told ToI.

It is for the first time that a senior official from the MEA was part of the high-level military talks aimed at defusing the volatile situation in the mountainous region.

Major General Liu Lin, the commander of the South Xinjiang military region, is to lead the Chinese delegation. “The meeting is underway,” the report quoted sources as saying.

Quoting sources further, the report said that agenda for the Monday talks was to chart a specific timeline for implementation of the agreement reached between the two countries at a meeting between External Affairs Minister S Jaishankar and his Chinese counterpart Wang Yi on the sidelines of a Shanghai Cooperation Organisation (SCO) meet in Moscow on September 10.

The agreement aimed at ending the over four-month-long border standoff included measures like quick disengagement of troops, avoiding action that could escalate tensions, adherence to all agreements and protocols on border management and steps to restore peace along the LAC.

Military sources, meanwhile told the newspaper that the newly-inducted Rafale jets started carrying out sorties in eastern Ladakh as part of measures to give a boost to the overall combat readiness in view of the “provocative actions” by Chinese troops in the last three weeks.

The deployment of French-made Rafale jets in Ladakh came less than 10 days after they were formally inducted into the Indian Air Force(IAF).

Earlier on September 10, at a ceremony in Ambala where five Rafale jets were inducted into the IAF, Defence Minister Rajnath Singh said this was crucial considering the atmosphere being created along the frontier and was also a “big and stern” message to those eyeing India’s sovereignty.

According to the report, the army has made elaborate arrangements to maintain the current level of troops and weapons in all forward areas in eastern Ladakh and other sensitive high-altitude sectors in the harsh winter months when the temperature drops up to minus 25 degree Celsius.