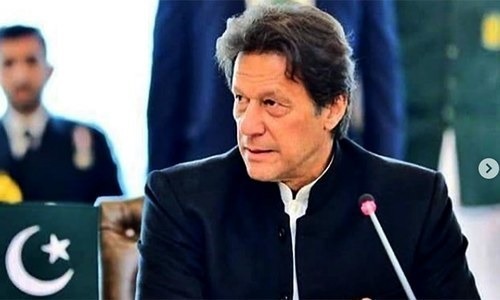 West needs to understand our love for Prophet Muhammad (ﷺ)

Muslim states must counter Islamophobia, Prime Minister Imran Khan said on Tuesday said that over the years, the Western world has linked radicalism and extremism with Islam and Muslims and this needs to be changed.

Talking to Islamabad-based Ambassadors of the countries belonging to the Organisation of Islamic Corporation, he said that people in the West can’t distinguish between an ordinary Muslim and a radical Muslim.

“They link every blast or suicide attack with Islam without realising that it has nothing to do with the religion,” Pakistan media quoted Khan as saying. All the Muslim countries should come together and eliminate this Islamophobia from the West.

“I believe terrorists have no religion and there’s no such thing as radical Islamists,” he said, adding that this is the message Muslim states need to convey. “No society in the world should be judged based on extremes,” the prime minister said.

Talking about the disrespect western countries have shown towards Prophet Muhammad (PBUH), he said that the western minds don’t understand the love and respect Muslims have for the Holy Prophet (PBUH).

“Every few years there’s some sort of a comment, book, or caricature that insults Prophet Muhammad (PBUH) and when there’s a reaction from the Muslim world, they say we don’t understand freedom of expression and are narrow-minded.”

Khan said that the primary target to gather Muslim states was to tell the West that the Holy Prophet (PBUH) is someone who lives in our heart and no one can ridicule or mock him under the garb of freedom of expression.

“I know these people. I know they don’t understand religion the way we do,” the PM said, adding that Muslim countries should come together to defeat Islamophobia and the two raise awareness regarding Islamic radicalism.