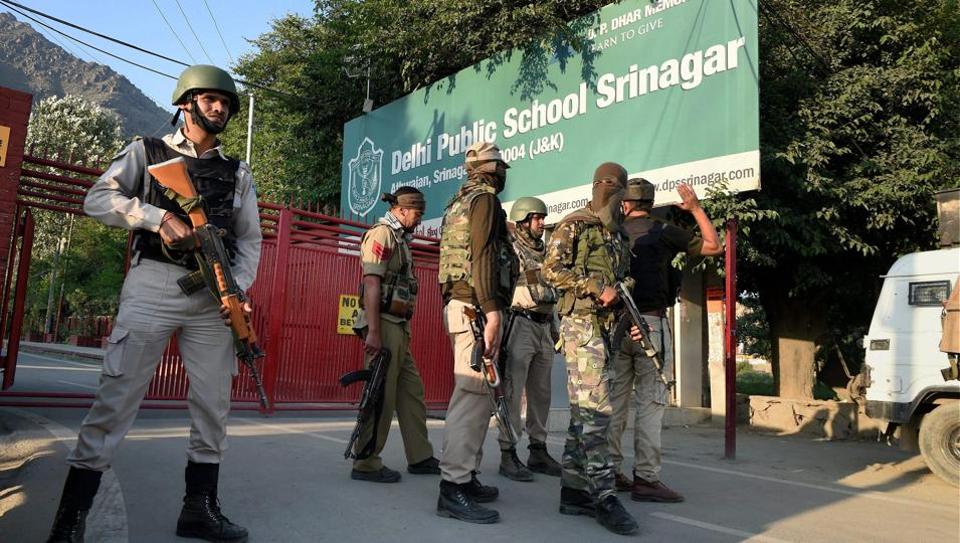 A committee for school fee regulation in Jammu and Kashmir has called for a thorough inquiry into the financial affairs of Delhi Public School, Srinagar and asked the administration to appoint an independent authority to investigate the matter, Press Trust of India reported.

The Fee Fixation Regulation Committee (FFRC) has also asked the authority to submit a report within two months, the report said.

Prima facie it appears that by a “well-thought-out plan”, the Delhi Public School, Athwajan in Srinagar is “being used for earning huge money”, said the FFRC, which has former Jammu and Kashmir Judge Justice Muzaffar Hussain Attar as its chairperson.

“The FFRC is under statutory obligation to ensure that there is no commercialisation of education,” the panel said in an order passed on Monday.

While examination of the fee and other records of the school, which was set up by the D P Dhar Memorial Trust in 2003, it was found that the trust has Vijay Dhar and his wife Kiran Dhar besides their two sons as its trustees, the FFRC said.

It said the trustees Vijay Dhar and Kiran Dhar and other persons have provided financial assistance to the DPS Memorial Trust, and the creditors are charging and collecting an interest of 12 per cent on the money lent by them, which is more than what banks charge.

“The receipts and payments statements show that amounts between Rs 40 crore to 50 crore each have been received during the aforesaid (last) three financial years, the committee said.

The receipts and payments statements of these years “further show that every year loan is being advanced by a particular group of people to the school and they are receiving back, prima facie, more than what has been advanced as loan to the school/trust,” the FFRC order said.

The FFRC — which has Secretary BOSE Manisha Sarin and Director of School Education, Kashmir, Tassaduq Hussain Mir, as its members — said it begets an answer as to what was the requirement of advancing loans each year in the face of the huge income of the school.

Coming down heavily on the school, the committee said rent is being collected by members of the trust, who happen to be landlords of the land.

“Also, 11 cars have been kept at the disposal of the school without specifying at whose disposal they are and what is the need of keeping 11 cars in the educational institution…,” it said.

Similarly, huge amounts over Rs 18 lakh — have been paid as expenses for hostel and food, when the school is a non-boarding school, and huge expenses have been made on advertisements, traveling and running of cars, the committed said.

“From the above-stated facts, prima facie appears that by a well-thought-out plan, the educational institution is being used for earning huge money, which money could not have been earned by big business houses,” the FFRC said.

The FFRC is under statutory obligation to ensure that there is no commercialization of education, the order said.

The committee said that it becomes urgently important to get the finances of the school inquired by an independent authority.

“The facts which have unfolded from the record in this case call for thorough inquiry in the financial affairs of DPS School, Athwajan, Srinagar, to ensure that there is no commercialisation of education,” it said.

“To secure the purpose of the Jammu and Kashmir School Education Act, 2002m and the repeated orders of the Supreme Court for ensuring that there is no commercialisation of education, it is accordingly ordered the government to appoint an independent authority for looking and inquiring into the financial affairs of DPS, Athwajan, Srinagar, more particularly in the light of observations made in this order,” it said.

The committee said the inquiring authority would submit its report to the FFRC within two months from the date of its appointment.