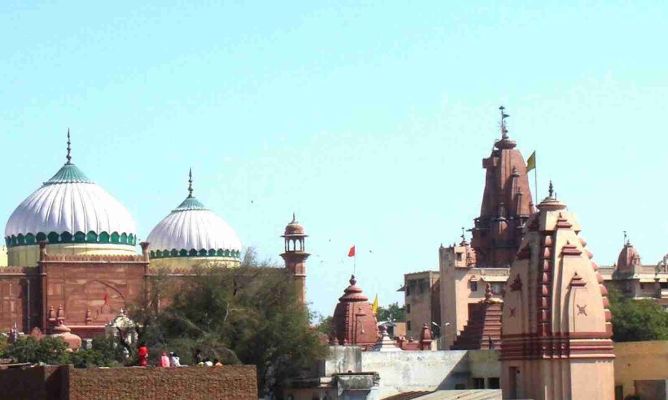 New Delhi: Uttar Pradesh Minister of State for Parliamentary Affairs of India Anand Swarup Shukla on Tuesday said the Muslim community should “hand over” a mosque located close to a temple in Mathura to the Hindu community.

“The white structure in Mathura in the Krishna temple complex hurts the eye of every Hindu. Hence, Muslims should come forward and give up their claim on the land where Lord Krishna was born,” Shukla was quoted as saying.

He said, “The Muslim community should come forward and hand over the white structure located in the Shri Krishna Janmabhoomi complex in Mathura to Hindus.

Time will come when this work will be completed,” Shukla said, referring to the mosque.

Meanwhile, another BJP leader, Laxmi Narain Chaudhary, rhetorically asked if the Krishna temple is not built in Mathura, “will it be built in Lahore?”

Earlier, the state’s deputy chief minister Keshav Prasad Maurya said that “like in Ayodhya and Kashi (Varanasi), plans afoot to build a grand temple in Mathura.’