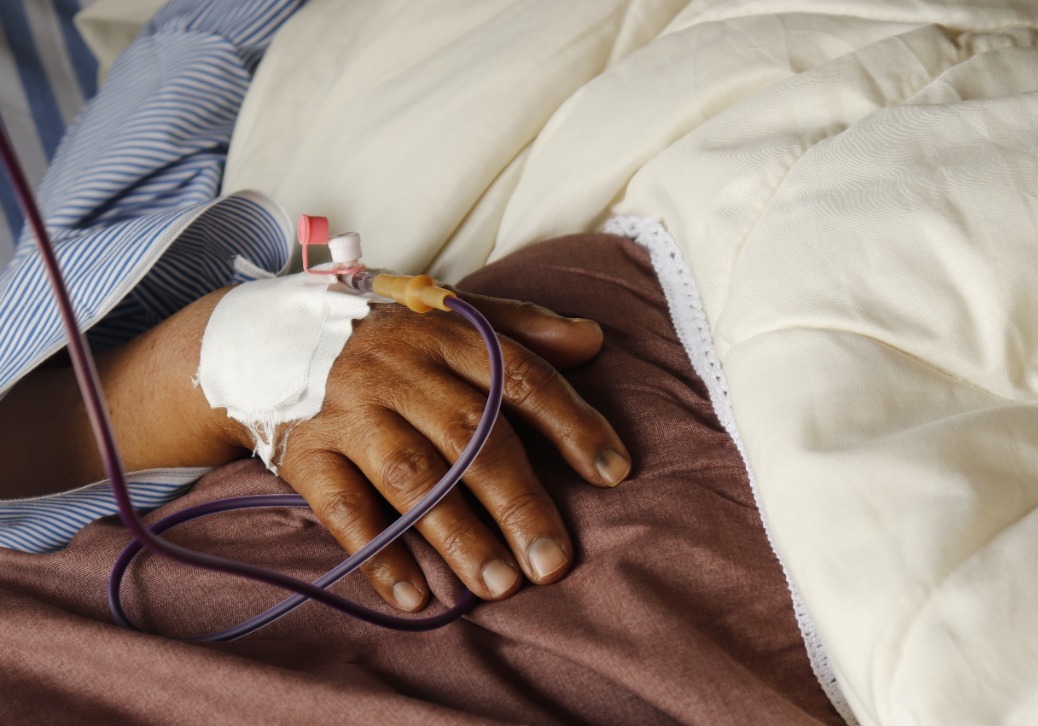 Fehmeeda was fasting when she felt mild pricks in her left breast. Those pricks shortly became pain, but the devout housewife overlooked it and continued her chores.

For weeks together in that searing spring of 2019, the 58-year-old homemaker from Shopian remained tightlipped about her burdened bosom.

But just to be sure that there wasn’t any serious problem, she checked her left breast a few times but didn’t find any lump on it.

“It was the holy month of Ramzan and I didn’t want to disturb my faithful routine with tests,” Fehmeeda recalled. “I was hesitant to discuss it with my husband because we live in a very conservative society and I was afraid that I would be diagnosed with any dangerous disease. I thought it was better to visit the doctor after Eid.”

When she broke her silence after Eid, it angered her husband who immediately took her to a doctor recommending ultrasonography. The report came doubtful and paved way for biopsy.

“I was extremely depressed with the situation and blamed myself for delaying it for such a long time,” Fehmeeda recounted her health horror.

Her biopsy test report soon came as a rude shock.

The homemaker who delayed her diagnosis was declared as the Stage-IV breast cancer patient.

Healthcare experts blame the hesitancy and delay on part of Kashmiri women to report their “bosom pricks” and making the breast cancer as the top three terminal tumours in the valley.

“Kashmir experiences a higher death rate of breast cancer patients than that of rest of India,” the 2021 SKIMS study titled “Epidemiological Studies on Breast Cancer in Kashmir Valley” notes.

“The high mortality rate of breast cancer patients in Kashmir can be attributed to its socio-cultural structure.”

Mostly, said oncologist Dr. Sheikh Zahoor, the patients in Kashmir come to report their disease at second and third stage.

“Lack of awareness among women, accessibility to the healthcare facilities and hesitancy due to social stigma associated with the disease prevent patients to report their disease on time,” Dr. Zahoor, the Associate Professor, Department of Surgical Oncology, SKIMS, said.

“Patients who report breast cancer at late stage are either uneducated or unprivileged, or belong to far-flung areas,” Dr. Zahoor said.

Breast cancer has three approaches of treatment—surgery, chemo-therapy and radio-therapy, he said. The treatment depends upon the condition of the patients and the stage of the disease.

“There’s enough time if patients are vigilant and concerned about their health,” the oncologist said.

“Screening is the best tool to detect breast cancer as early as possible and this is the reason that in developed countries screening programs are organized by the government from time to time and in those countries the cancer data shows that early cases are more in number.”

After diagnosed with cancer, Fehmeeda and her husband reached home with a heavy heart. Apprehensive about an ugly upshot, the couple booked an emergency flight to Delhi and visited Medanta Hospital where doctors suggested PET scan and other major tests.

“PET scan results were very scary,” Fehmeeda recalled. “It showed the malignancy spread to lungs and brain. It was not possible to remove breast at this stage.”

Doctors in Delhi subsequently suggested Fehmeeda to undergo chemotherapy at SKIMS, as it was the only treatment for her at that stage. She travelled back to Kashmir with her husband and few relatives.

Following 36 chemotherapy sessions in a year, her regular PET scan and MRI finally showed no malignancy in brain, breast and lungs. Hearing this, she lifted her eyes towards sky and cried in gratitude.

But then came the Covid delaying her therapy for a month and resulting in tumour resurgence. It was at this point that another shock came to jolt her.

In the fall of 2021, Fehmeeda’s 40-year-old sibling Shameema also noticed certain pricks in her breast. Mindful of her sister’s disease profile and delay in reporting it, she immediately alerted her family, and went for ultrasound sonography test in district hospital Pulwama.

Based on her biopsy report, doctors in Srinagar’s Government Medical College diagnosed her with a Stage-I breast cancer.

A mere lump removal would’ve fixed her ailing condition, but Shameema’s husband—fearing Fehmeeda’s fate—told doctors to remove the whole breast to make sure that cancer won’t regrow in her body.

On September 22, 2021, Shameema underwent surgery for the removal of her breast and survived the disease.

“Since I revealed my disease as early as possible, I survived the cancer but my sister delayed it,” Shameema said. “She’s still fighting this disease and her chances of survival are sadly very low!”