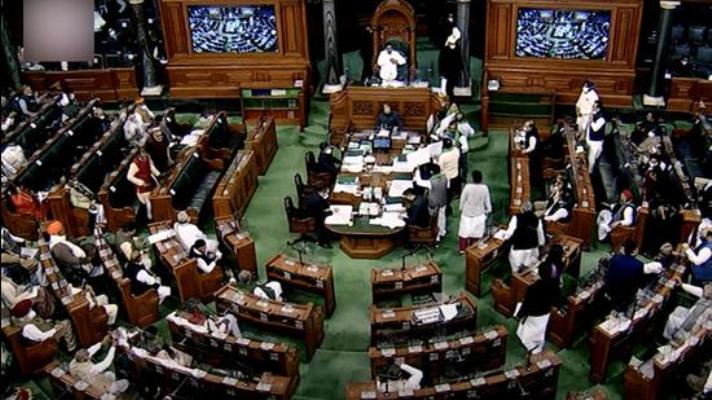 New Delhi: The Lok Sabha secretariat has recently issued a booklet that lists words that in both houses of Parliament will now be considered unparliamentary.

The revised booklet on ‘unparliamentary words and expressions’ comes ahead of the Monsoon session beginning tomorrow.

The words that have been banned include ‘jumlajeevi’, ‘baal buddhi’, ‘Covid spreader’ and ‘Snoopgate’ drawing criticism from opposition politicians of India.

As per the booklet, the use of words like ‘anarchist’, ‘Shakuni’, ‘dictatorial’, ‘taanashah’, ‘taanashahi’, ‘Jaichand’, ‘vinash purush’, ‘Khalistani’ and ‘khoon se kheti’ would also be expunged if used during debates or otherwise in both the houses.

Even commonly used words like ‘ashamed’, ‘abused, ‘betrayed’, ‘corrupt’, ‘drama’, ‘hypocrisy’ and ‘incompetent’ – often used by the opposition to describe the government of India – will be considered unparliamentary in both Lok Sabha and Rajya Sabha.

“GAG ORDER ISSUED ON MPs. Now, we will not be allowed to use these basic words while delivering a speech in Parliament: Ashamed. Abused. Betrayed. Corrupt. Hypocrisy. Incompetent,” the TMC politician tweeted. “I will use all these words. Suspend me. Fighting for democracy.”

Another TMC MP, Mahua Moitra, tweeted, “Basically govt taken all words used by the opposition to describe how BJP destroying India & banned them.”