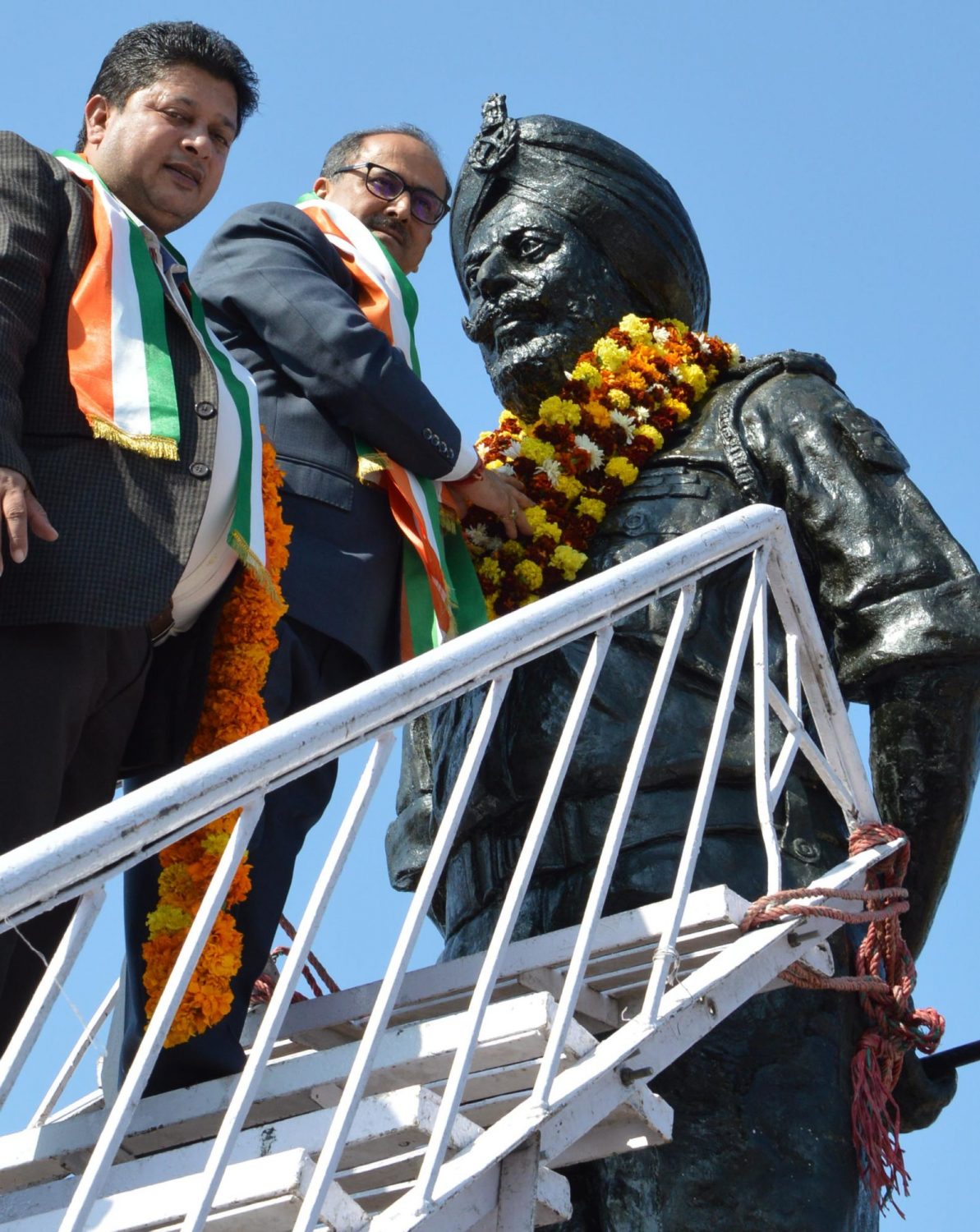 Jammu: Deputy Chief Minister, Dr Nirmal Singh on Wednesday emphasized upon the youth to develop great respect and honour for the ‘martyrs’ and learn from their sacrifices.

“It is imperative to honor our heroes especially the martyrs who have laid down their lives for safeguarding the nation as it imbibes a sense of patriotism and linkage to country”, the Dy CM maintained.

The Deputy Chief Minister was speaking at a function organized by Bikram Singh Yadgar Committee in memory of late Lt General Bikram Singh on his Martyrdom day at Bikram Chowk in Jammu.

Singh said that it is essential that we should be regularly honoring our ‘martyrs’ who have without caring for their precious lives rendering the ultimate sacrifice for the cause of the nation. He said that patriotism and love towards ones country is the most sacred feeling and now the onus lies on us to ensure that it is properly propagated among the younger generation and the posterity.

Deputy Chief Minister, while recalling the contribution of late General, said that he was a peoples general and the masses at the grass root level had great love and regard for him which is evident from the fact that he still held in great esteem of the people from Jammu and other parts of the country as well. He said we should learn from the contribution rendered by the icon and adopt principles of such legends in our daily lives to lead towards a better world to live in.

While asking for holding such functions on regular basis, Deputy Chief Minister, said that these events are necessary to create awareness among the people.

Several cultural items were also presented on the occasion.