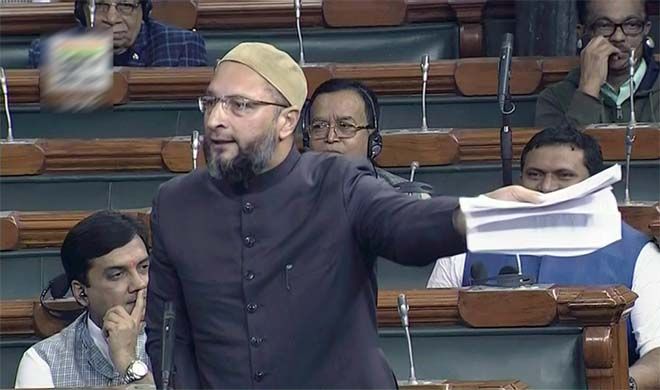 New Delhi: Asaduddin Owaisi, the chief of AIMIM has said that a law should be brought in which will punish all those who call Indian Muslims ‘Pakistanis’.

While speaking in the Lok Sabha, Owaisi added that a three year jail term should be awarded to all those who call Mulsims of the country ‘Pakistanis’.

Recently the District Magistrate of Bareilly questioned the growing trend of entering Muslims localities by force and raising anti-Pakistan slogans.

Raghvendra Vikram Singh had put up two posts on Facebook following the communal conflict in Uttar Pradesh’s Kasganj, where a youth lost his life in clashes following stone-pelting by a mob on a motorcycle rally taken out to celebrate Republic Day.

AlSO READ: Out of 1189 complaints received by Minority Commission last year, 907 made by Muslims

Faced with severe backlash and threats, he later deleted the post, but maintained that he stood by his remarks.