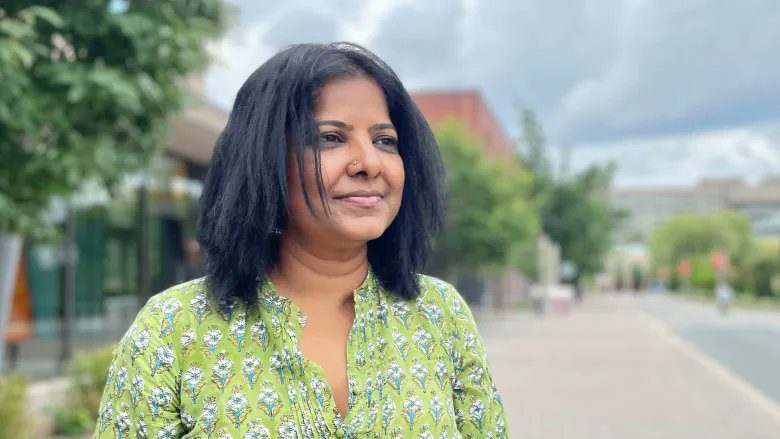 New Delhi: Indian filmmaker Leena Manimekalai on Monday alleged that she received death threats from the Rashtriya Swayamsevak Sangh (RSS) regarding the poster of her latest film ‘Kaali’.

The poster shows a woman dressed as the Hindu Goddess Kali smoking a cigarette and holding a pride flag representing the LGBT community in her hand.

On Monday, Leena took to her Twitter handle and posted a picture of a letter that is reportedly being circulated.

“RSS is circulating this death threat in Toronto. Someone from Etobicoke has sent me this image @TorontoPolice“, Leena Manimekalai Tweeted

The filmmaker also tagged the Toronto police in the post. “Her (Leena Manimekalai) abhorant attitude has defamed the Hindutva ideology,” said the letter in question. It also stated further that Leena won’t be allowed to move freely in India.

The alleged letter from the RSS also states that Leena’s family will have to ‘face the consequences’ due to her actions.

Earlier in July this year, the independent filmmaker drew flak online days after she tweeted the poster of Kaali. The Kaali poster sparked outrage online with many demanding her arrest, accusing her of hurting religious sentiments. Soon, Arrestleenamanimekalai started trending on Twitter.

“I have nothing to lose. I want to be with a voice that speaks without fear of anything until it is. If the price is my life, I will give it,” she added in another tweet in Tamil.

Kaali was first screened during Rhythms of Canada, a week-long festival celebrating multiculturalism, at the Aga Khan Museum in Toronto in July.

Manimekalai, who belongs to the Maharajapuram village in Tamil Nadu’s Virudhunagar, has internationally acclaimed films Madathi and Sengadal the Dead Sea to her credit.