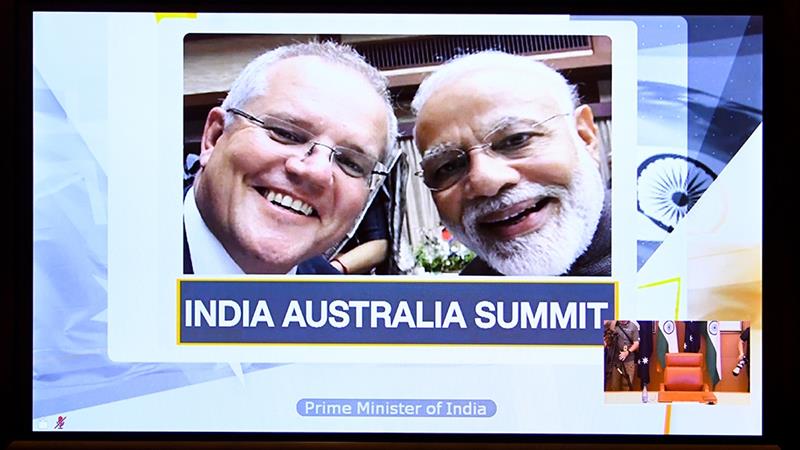 The Indian foreign ministry has said that India and Australia have sealed a deal to get access to each other’s military bases,. This pact would clear the way for more military exchanges and exercises in the Indo-Pacific.

The agreement allows Indian and Australian military ships and aircraft to refuel and access maintenance facilities at each other’s bases, as reported by AlJazeera

This comes in weeks after Indian and Chinese military were at a serious standoff on one of their disputed borders. The deal is being seen as an attempt to balance China’s growing economic and military power in the region.

Australia is going through trade frictions with China. Last month it also pushed an international review into the origins and spread of coronavirus which was opposed by China, furthering hostility between the two countries.

India has a similar pact with the United States, which is seen as part of broader security cooperation to balance China’s growing economic and military weight in the region.’

As reported by AlJazeera a virtual bilateral summit will be head, a first by the Indian Prime Minister Narendra Modi. The holding of the summit in the middle of a global health crisis signifies the importance and urgency of the bilateral ties for the two countries.