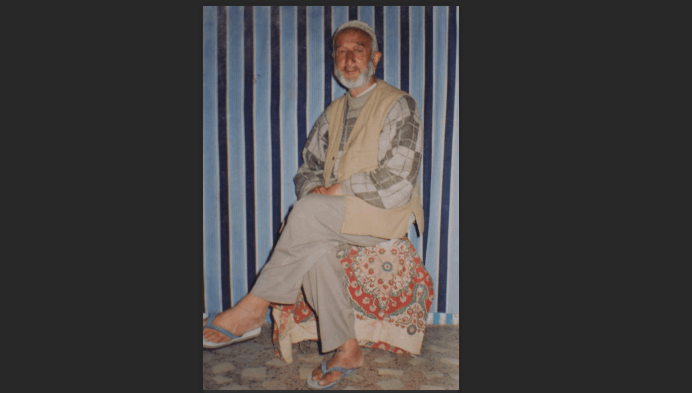 Twenty one years after the celebrated ice cream-maker ceased to serve the tastes, over a dozen kulfi carts have come up in Bohri Kadal to the delight of kulfi aficionados. But are the new tastemakers any match to the master?

At the fag-end of his life, someone approached the senile yet workaholic Ama Buda—originally Ghulam Ahmad Badoo—at his Mutka Kulfi kiosk at Old Srinagar’s Bohri Kadal. The visitor looked concerned over the fast fading of the frail man that Ama had then become.

“Ama,” said the man, known to flirt with power corridors since 1960s, “it’s high time for you now to pass your skills to your sons.”

“None of my sons is ready to pursue my line.”

Shortly after that chat, the Kashmir’s legendary Kulfi-maker—who served the tastes for over half a century—passed away, in absolute obscurity.

It was 1996, and the legacy of Ama Buda whose heir-apparent was nowhere in the sight disturbed many. “Ama was the brand,” says Samad Mir, a Bohri Kadal local who would frequent Ama’s kiosk to taste his Kulfi. “Had his sons decided to take it forward, it would have been a bigger brand alive today.”

His sons believe that their father had some ‘divine touch’, making his Kulfi ‘special’. Many know that ‘divine touch’ as Ama’s secret Kulfi recipe, which remains shrouded in mystery with his passage.

It’s for this reason his sons didn’t tow their father’s line. But many thought it was a historic snub on their part, costing Kashmir its own version of the world famous Dreyer’s Grand Ice Cream founded by William Dreyer in 1928 in USA.

Though Ama couldn’t become Kashmir’s Dreyer, but his legend lives on.

He’s still fondly remembered for serving Kulfi on Chinar leaves—after female folks from Fakir Gujri would bring him ice during summers on big earthen pots. Ama would sit behind a huge pot filled with cone-shaped plastic moulds and ice like a ‘big papa’. His eager customers would nibble on his frozen delights amid clattering of bowls and spoons. Most would enjoy the frozen-delicacy on sidewalk as the rush hardly thinned out. It seemed, many recall, as if the entire Valley would converge around his cart.

At Karfali Mohalla in Downtown, Ama’s son turns nostalgic when recalling his father’s legend. At the twilight of his life, he says, Ama would supervise a group of workers to make Kulfi. “During that preparatory phase,” he says, “my mother would keep praying to Almighty for its desired outcome.” Her prayers, he says, were never turned down. Such was the craze for Ama’s Kulfi that a tourist couple staying in a houseboat at Dal Lake once sent a boy during the day itself. “That couple had tasted my father’s Kulfi some 15 years ago when they were in Kashmir,” he says. “They still remember how my father’s stock would end within an hour and therefore sent the boy quite early that day.” Ama would set his kiosk up at 6pm and by 7:10pm, he would be done with his day.

Legend has it that once a Supreme Court Judge visited Kashmir for his son’s tonsure and wished to have ice cream, which wasn’t available. “Then someone mentioned my father and he was taken to the Broadway Hotel where the judge was staying with his family,” the son says. “After leaving the visitors spellbound with his Kulfi, the Broadway Hotel owner offered him a deal to be their star ice cream maker.”

But Ama chose his street cart over the starred hotel.

With the result, Ama became the talk of the town.

“But to say he was just the talk of the town would be undermining his stature and skill,” says Hafeez, a Kulfi-maker of Bohri Kadal. “He was a gifted ice cream maker, whose shoes are just too big to fill.” After his departure, Hafeez and others tried to copy his style by running their own Kulfi carts in the Bohri Kadal square.

“Most of us used to secretly keep eye on Ama in our eagerness to pick up the trade skills,” says Altaf, a middle-aged Kulfi-maker. “But none of us ever came closer to him.” The then Prime Minister of Kashmir Sheikh Abdullah and his wife Akbar Jehan were among the frequent visitors.

But to hook customers, these Kulfi-makers have added on new varieties from simple Kulfi to Kesar Kulfi to Dry Fruit Kulfi. All these flavors are made in the same traditional way as Ama would do. They have also changed the dressing pattern, spreading noodles over Kulfi as a taste enhancer.

Though the taste is irresistible, but the oldies still reckon that it can’t be compared with the Kulfi King—whose eager customers included the who’s who of their times.

The erstwhile Prime Minister of Jammu and Kashmir Sheikh Mohammed Abdullah and his wife were among his fans. For Abdullah Sr, it is said, Ama would make special sugar-less Kulfi. Even his son Farooq Abdullah used to visit him.

Since his departure, the frozen-treat—Matka Kulfi—outlets have mushroomed across the City. Apart from the big brands, these artisan ice cream shops turn into hot spots during summers.

But thanks to Ama, dusk during summers never becomes dull at Bohri Kadal, as it remains a favourite spot for the Kulfi aficionados.